I’m a big fan of whimsy as hopefully is evident in this illustrative style. These are not my most wistful illustrations as those are kept secret for a much larger project.

I find that the Lego Movie is the best movie of the year so far. It’s got the childlike perspective on plot structure that’s arguably ADD fuel (my Batman toys used to hang around Power Rangers, Teenage Mutant Ninja Turtles, and Transformers, and they would all fight each other but then work together to defeat a greater evil because … kid), but it also has a much more sentimental theme. It’s like watching older Pixar films, King of Disney and imagination, but with less cohesion of plot, which makes sense in the end.

On wistful illustrations, I read Lev Grossman’s The Magician’s Land, which features some pretty cool maps (and I imagine the world of Fillory to be wistful until you wind up in the terrible places). It was everything I could have wanted from the novel. Having been dredged through the heartwrenching trenches of the Magicians and the Magician King, it’s nice to have a conclusion befitting of the series. If you’ve never read any, I suggest heading to your nearest local bookstore and purchasing the first book. It’s not as happy as what normally captures my attention, but it’s got the most coherent magical system and a real perspective on what it would be like if some people were given magic.

Reading the Magician’s Land filled my single book quota for 2014. It shocks people to learn that I have a degree in English, but I am allegedly underread. I figured I did my time in college. Also, reading books is a lot of time. I could read so many comics, watch tv shows, watch movies, draw these “wistful illustrations,” work, write or read news articles (not too much into politics because that’s just depressing).

Don’t get me wrong, I think reading is an essential part of life. I just don’t think novel reading is that essential to my life. Also, I suck at picking out books, so I just wait until my writer friends tell me what to read. 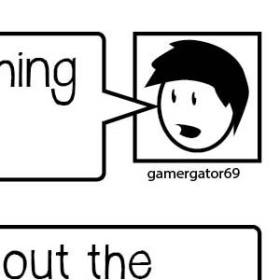